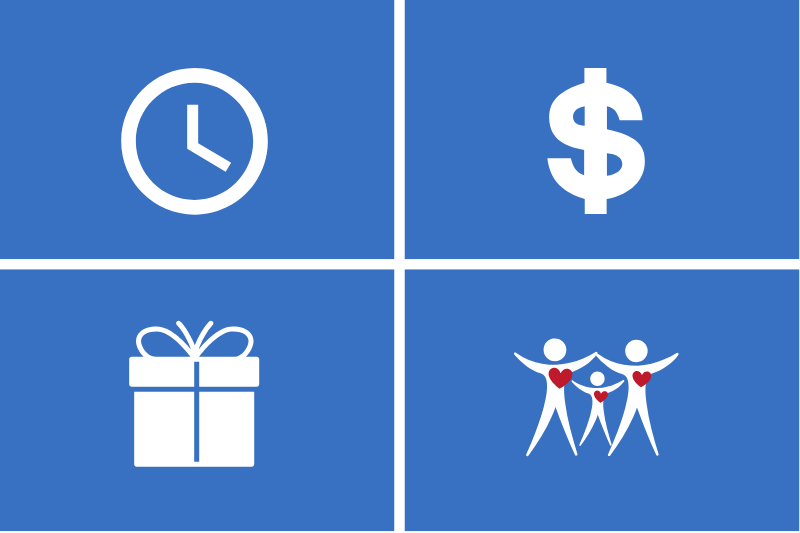 We’re all still basking in the World Champion US Women’s Soccer Team over here in the Barnes Accountancy Corporation offices. Pretty amazing to see so much excellence, and on behalf of our country. Here’s to hoping for continued unification within our culture in the aftermath.

There’s lots of conversation about different pay scales for the men’s and women’s national teams, and rather than get into that debate, I thought it might be worthwhile to step back and consider what’s underneath all of these salary/payment/money conversations.

Because, as I always like to point out, what lies beneath these conversations is a deeper conversation about what it is we really value.

And THAT conversation is one that I think every family should engage in, as well. Because you can spend your life chasing the brass ring of “better income” … but what if it actually doesn’t make you any happier?

Creating a budget really shouldn’t be the place where financial decisions begin. Instead, a comprehensive look at what you most care about and how you want to live your life is the best place to start, even before budget categories are determined.

This becomes especially clear when we consider how to raise our children with a proper financial mindset. We want them to learn how to earn, how to save (and invest), and how to spend. Unfortunately, this doesn’t spring up for them from the womb!

When speaking with our clients about their financial decisions, these are the sort of conversations that ultimately prove to be the most meaningful — often life-changing.

We get the opportunity to help them discover not only how they want to use their money, but perhaps even more rewardingly — how to align that spending with the things they care most about.

Here’s one of the places where we start:

As a way of contrast, those in the middle class tend to accumulate such items, and are often forced to make payments on them (too-expensive cars, boats, etc.). And, of course, those who are stuck in a cycle of poverty usually see themselves as buying “things”.

The problem here isn’t that those who are poor, or “middle class” aren’t wealthy — it’s that they haven’t taken the time to figure out a healthy approach to their spending.

There is a book by Elizabeth Dunn and Michael Norton (called The Science of Happier Spending) which chronicles the “research distinguishing spending that satisfies from that which disappoints”. The authors give us five principles of the kind of spending that actually produces satisfaction. Here they are…

2. Too much indulgence wears down. Making it rarer makes it more satisfying.

3. The best investment is usually in your time.

4. Flipping the credit game — “pay now, use later” versus “pay later, use now” — gives a sense of anticipation which is far better than immediate pleasure combined with the later pain of paying for something already consumed.

5. It is happier to spend on others rather than on ourselves.

I’d say that’s a great place to start in having these conversations.

For example, recognizing that time is in much more of a limited quantity than money (as the adage says: “We are each only given 24 hours in a day”) means that it makes sense to evaluate how you are approaching the “spending” and stewardship of your time — and that it often makes sense to pay money for more of it.

The wealthy see the value of their time, and they regularly invest in it by paying others to free it up. This could range from paying for lawn care and cooking — or even sometimes paying for someone else to drive them to and from work. And this often forces them to think about using their time in the most valuable way possible.

Bringing your money together with the things you most deeply care about isn’t always easy … but it IS worth it.

And this is what my team and I are here for. When you come to us for your planning this year, if you’re willing, let’s set a time to have a longer conversation about what you would like to do with your life. Because that’s really where everything comes together.