New Ideas For Southern California Students To Pay For College 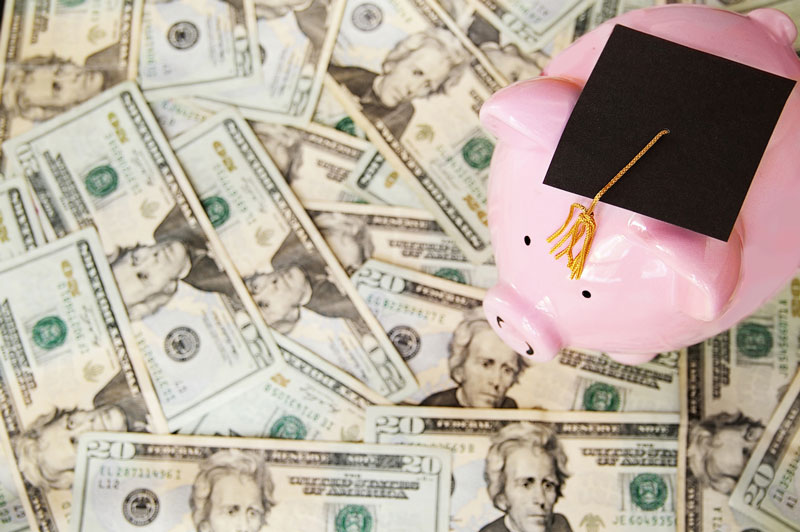 I recently wrote about the cost of raising children, but there was one glaring omission: college.

But imagine if you had sent your son to Morehouse College. Here’s what happened there this month…

On Sunday, May 19th, investor and philanthropist, Robert F. Smith, shocked 400 graduating students from all-male Morehouse College when, in his commencement speech, he announced he would cover the costs of all of the student debt each graduating student had accrued. How much, you ask? Just a cool $40 (or so) million.

All in a day’s work for Smith, who went on to encourage the graduates: “You great Morehouse men are bound only by the limits of your own conviction and creativity.”

Now, without student loans hanging over their heads, many of the graduates have started dreaming about how they can creatively bless others moving forward.

What have we learned here? The next time you graduate, and see Robert F. Smith walking up to the podium to deliver a speech … get excited.

But what if you don’t have a Robert F. Smith in your life? There are some new programs emerging that you may be interested in hearing about…

New Ideas For Southern California Students To Pay For College

“Sometimes it takes more courage to ask for help than to act alone.” -Ken Petti

Smith’s gift comes at an interesting time in higher education. Although a four-year education is rightly seen as an investment for life, it also carries a price tag that increases year-over-year.

In fact, the average cost of a four-year university has risen 30% over the past 10 years.

But there are new models emerging for paying for college. As highlighted in a recent Freakonomics podcast episode, Purdue University (among others) is exploring “Income Share Agreements” (ISA’s) for newly-enrolled students, in lieu of traditional tuition agreements.

In these new agreements, students pay back the funding they received by percentage according to their income for the first ten years after graduation. “The less they make, the less they are required to pay.”

Similar programs allow students to pay nothing upfront for their education in exchange for repayment in the form of a percentage of their income for a set number of years after graduation. There is a minimum annual income graduates must attain in order to qualify.

And services like Scholly help students find scholarships so that they can make it into a university of their choice.

Regardless of how education is covered financially, it’s important to still encourage today’s Southern California youth toward betterment through education.

So let’s get behind the Southern California students in our world, whether or not they happen to be our offspring. Gifts like Robert F. Smith’s are incredibly rare, and astonishingly generous. Although students should never bank on that kind of lightning bolt, it’s immeasurably valuable when they can receive encouragement from older generations on a regular basis.

After all, they will have a big say in how things run eventually.

So how will you channel your inner “Robert F. Smith” today? It may not be coughing up $40 million, but if you’re serious about helping people, we’d love to help you come up with the most tax-advantageous way to do so. You can reach us right here: (714) 541-4338

It may not be a commencement-level surprise, but your encouragement goes farther than you think.